The History of Alwalton Hall

Find out more about the Georgian country house, now a beauty and wellness sanctuary

The beautiful Georgian house that is now home to our beauty and wellness sanctuary has an incredible history, stretching back over 1,000 years.

In fact, the land itself can be traced back to Saxon kind Eldred in 955. 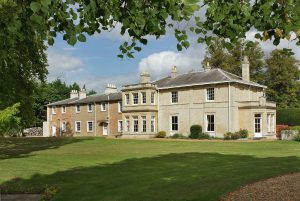 Once upon a time, Alwalton Hall was actually Alwalton House. Looking at the, now partly plastered, red brick wing of Alwalton Hall it is believed this original part of the house dates back to the 1780s.

The sundial, which survives above the garden room at Alwalton Hall, also suggests that part of the building dates back to at least 1774. It’s believed this, older, section of Alwalton Hall was constructed for William Fitzwilliam, 4th Earl Fitzwilliam, who later took the additional name, Wentworth. 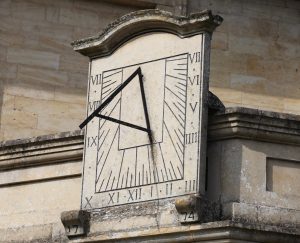 Named Alwalton Hall from 1851, the limestone part of the building was likely added between 1841 and 1851 – making it a much larger residence! 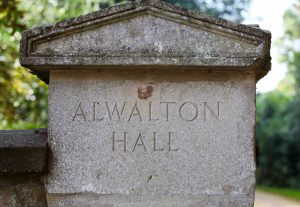 During this time Alwalton Hall, according to the 1841 census, was the home of Lady Mary Thompson, the second daughter of the 5th Earl Fitzwilliam, and her husband, Leonard.

Lady Mary Thompson was believed to be a real character! She was a keen supporter of the Volunteer Movement, a division of the militia with the primary role of defending against invasion – a very real threat during the French Revolutionary and Napoleonic wars. 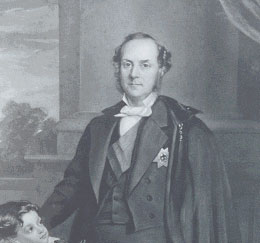 The spendthrift eighth son of the 6th Earl Fitzwilliam

Alwalton Hall was then home to a string of Hon. Wentworth-Fitzwilliams, notably the spendthrift eighth son of the 6th Earl Fitzwilliam.

He lived on an allowance from his father. Since 1894 he had been in receipt of £1,200 a year. His justification for living beyond his means was that he thought his father…” would pay his debts.”

A beautiful marriage at Alwalton Church

On 6 October 1909 The Times reported that the Hon. Miss Kathorn Wentworth-Fitzwilliam of Alwalton Hall, “the daughter of the late T. Fitzwilliam and cousin of the Earl Fitzwilliam”, married at Alwalton Church James Auchinlech Dane, an officer in the Royal Field Artillery and the son of a judge.

After the ceremony, a reception was held at the Hall, from which the couple left on honeymoon in a “landau driven by six horses with Major Campbell Dunbar and other artillery officers as postillions to the station at Peterborough.” 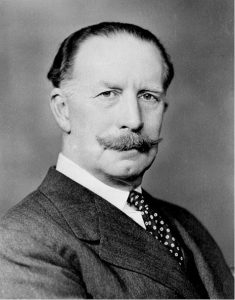 Alwalton Hall was later purchased by Joseph Stephenson, who remained at Alwalton Hall until the onset of the Second World War in 1939.

In 1948 Alwalton Hall was acquired by Francis Arthur Perkins [1889-1967]. Along with four other men, Francis founded the Perkins Engines Group in a Peterborough back street in 1932.

Two years later he drove a car powered by one of his new engines to Moscow on a sales promotion trip. In 1933 he claimed the world speed record for a diesel engine with a run of 100 mph on a track at Brooklands. The high-speed diesel engines, which Frank Perkins manufactured to his own patents, were in high demand, not least by the Admiralty and the RAF for air-sea rescue launches during the Second World War.

You can find out more about which cookies we are using or switch them off in settings.

This website uses cookies so that we can provide you with the best user experience possible. Cookie information is stored in your browser and performs functions such as recognising you when you return to our website and helping our team to understand which sections of the website you find most interesting and useful.

You can adjust all of your cookie settings by navigating the tabs.

Strictly Necessary Cookie should be enabled at all times so that we can save your preferences for cookie settings.

If you disable this cookie, we will not be able to save your preferences. This means that every time you visit this website you will need to enable or disable cookies again.

This website uses Google Analytics to collect anonymous information such as the number of visitors to the site, and the most popular pages.

Please enable Strictly Necessary Cookies first so that we can save your preferences!